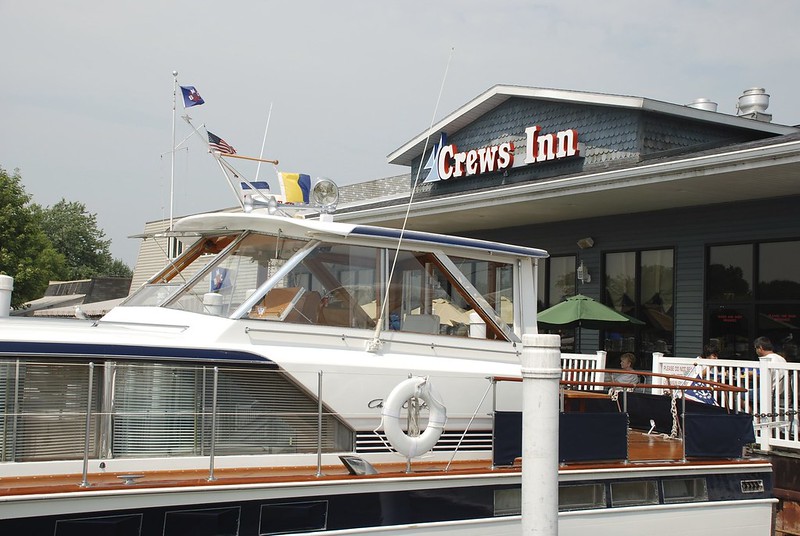 Rule #1:  Make sure everyone understands what he or she will be doing before you begin docking.  The corollary to Rule 1 is that you should be aware of where your crew is and what each is doing.  A woman in California was securing a spring line to a cleat when the skipper suddenly backed down hard with his twin 200-hp engines and she got her fingers crushed.  Another man was standing on the dock holding onto a trawler’s bow pulpit when the skipper gunner the engine and yanked him into the water.  In both claims (and many others) the skipper and crew were acting independently.
Rule #2:  Discourage crew from making Olympian leaps onto the dock.  This is one of the most common types of accidents.  A California man, to cite one example, broke both his heels when he landed on the dock after jumping from the bow of a large sailboat.  Whenever possible, hand dock lines to someone on the dock.  If that isn’t possible, wait until the boat is safely alongside the pier before instructing someone to step ashore.  Your crew shouldn’t have to make daring leaps across open water t5o make up for sloppy boat handling.
Rule #3:  Keep fingers and limbs inboard!  As a boat gets close to a dock, passengers tend to gravitate toward the rail and drape fingers, legs and arms over the side.  If the boat suddenly swings into a dock or piling, the consequences can be painful.  A woman in Solomon’s Island, MD, lost a finger when a passing boat’s wake slammed her boat into a piling. Rule #4:  Make sure everyone is seating or has something to hold on to.  The owner of a 20-foot runabout asked his inexperienced nephew to jump onto the dock with a bow line.  The young man eagerly climbed out of his seat and stood precariously on the bow as the boat was approaching the dock.  A few seconds later the boat glanced off of a piling, only slightly, but without a handhold the nephew lost his balance and fractured his elbow. Rule #5:  Don’t use bodies to stop the boat.  A Florida man suffered a separated shoulder when he tried to keep a 38-foot sportfisherman from backing into a piling.  Slow down, way down, and use fenders.