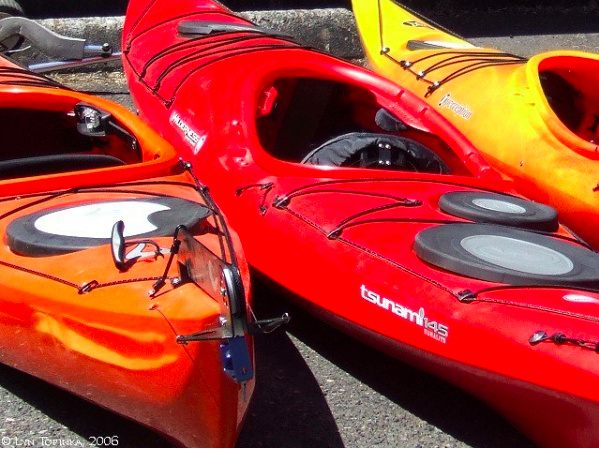 Whether you are seeking an exhilarating paddle on the open waters of Lake St. Clair or the serenity of a peaceful drift in one of the many canals or creeks, Lake St. Clair and its tributaries is where you can indulge your passion.

Kayaking is becoming an increasingly popular sport, since its fairly inexpensive and just about anyone can do it! Don’t own a kayak? Not to worry – there are several liveries that service Lake St. Clair!

The Flats  – Imagine paddling through narrow passages surrounded by cattails, blue rushes and marsh grasses. As Tundra swans call out in the background, a great blue heron takes flight using its majestic, six-foot wing span. This is the St. Clair River Delta, locally called The Flats – the largest freshwater delta in the world. Excursions ranging from several hours to the entire day can be enjoyed in these shallow waters.

Calm water and minimal traffic makes this an easy paddle – even for beginners. The City of New Baltimore offers a soft shore launch site from Walter and Mary Burke Park and many other leisure activities for the entire family, including a popular sandy public beach for swimming and sunning.

From a soft shore launch on the park’s south side, playful paddling is experienced when heading east along the park’s popular beach area. A westerly voyage offers view of the 96-acre Point Rosa Marsh. Both of these trips are suitable for beginners and can be accomplished in about 1 hour.

Some of southeast Michigan’s best residential architecture graces Lake St. Clair’s waterfront from the city of St. Clair Shores to Belle Isle in Detroit. Launch sites are limited, but paddlers can venture south to see many magnificent “Point Community” estates from their most attractive side or head north to the Nautical Mile in St. Clair Shore to view the shoreline’s greatest concentration of gift shops, marinas and parkland.